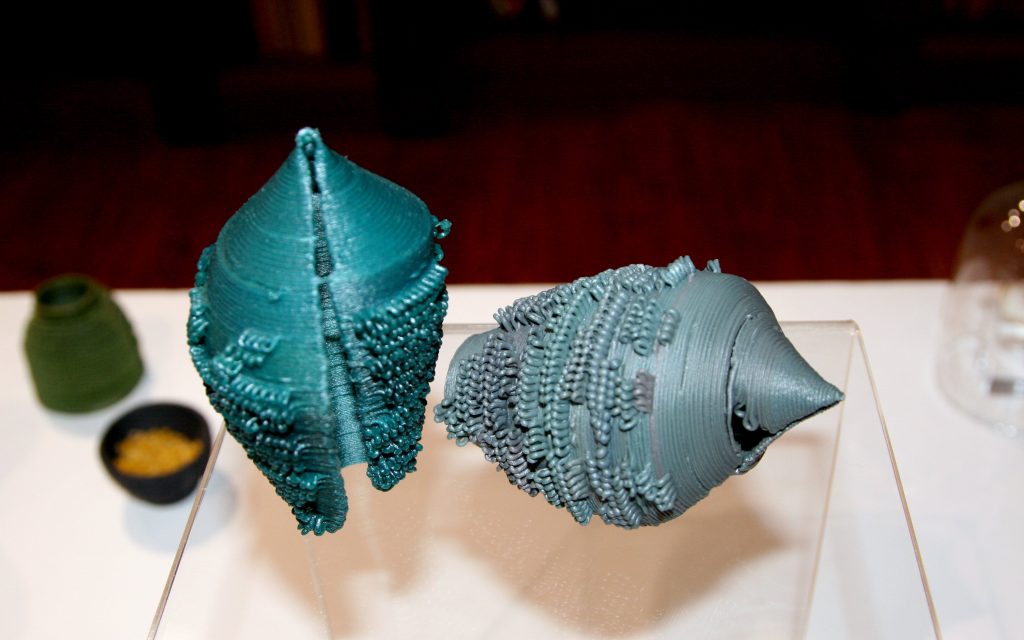 In May 2018, the Aikaterini Laskaridis Foundation organized an educational programme for schoolchildren, in order to promote awareness on the issue of marine pollution from “ghost nets” and plastic waste, as well as to explore the possibility of their re-use as 3D printing material.
The Aikaterini Laskaridis Foundation, with a long and constant presence in the field of educational programmes, will continue to organize such programmes to raise awareness among primary and secondary school students on environmental issues and new technologies.

The short documentary “Second Nature” sheds light to the problem of abandoned fishing nets and how these can be re-used, as raw material, with the help of new technologies.
The award-winning documentary filmmaker and Oscar nominee Daphne Matziaraki follows The New Raw, a Rotterdam based architect duo Panos Sakkas and Foteini Setaki, to their journey in Galaxidi, where they set up a mobile 3D-printing lab and make seashells –symbols of a clean sea– from ghostnets recovered from the sea.
The film was screened at the Second Nature Symposium in Piraeus, at the Sydney Film Festival, and was nominated for the Global Sustainability Film Awards, organized by TVE at the BAFTAs.